A Brief History of the Library

Valley Junction was founded more than a hundred years ago, but the community did not have library service until 1934. Thanks to the vision and energy of the charter members of the Valley Junction Civic Club (later the West Des Moines Women’s Club), the community’s first library opened in the home of Mrs. Dan Herron at 504 Sixth Street. The small library contained only 450 books, which were donated from personal collections. To finance the library, the Civic Club held Tag Days, Silver Teas, ice cream socials, candy sales, rummage sales, and concerts. Members also went door to door requesting cash donations.

Over the next twenty years, the library occupied five different locations, including two more private homes, the Longfellow School, the corner Bank Building, and the Old Security Bank Building. 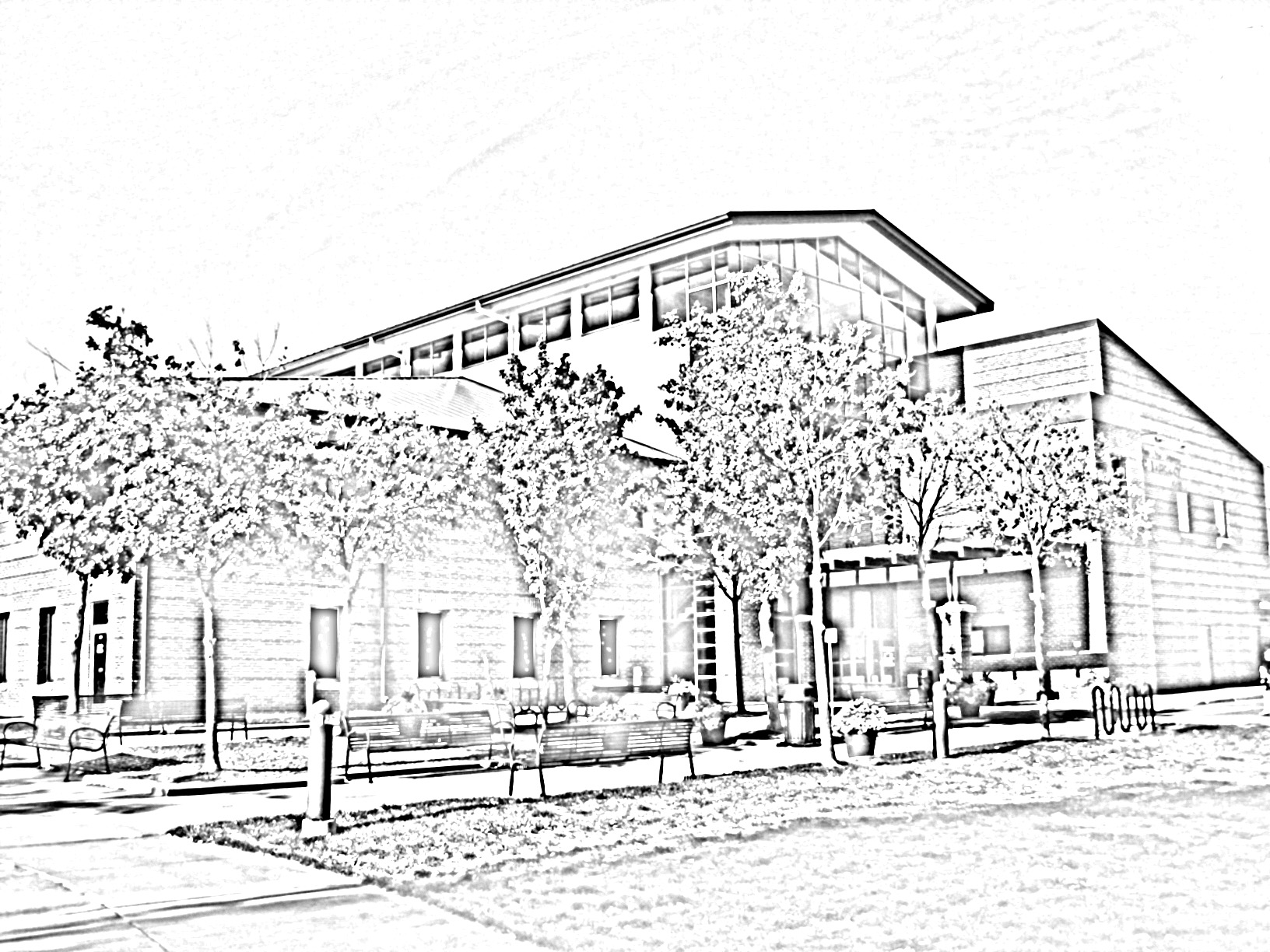 The Civic Club continued to support the library, unaided until 1943, when the City Council agreed to provide funds to maintain the library, and appointed the first Library Board. Alice Mitchell was the first city-appointed librarian, serving until 1946. She was replaced by Nell DeBoest who retired twenty years later.

On March 5, 1974, voters approved a $378,000 bond issue for an addition to the Grand Avenue facility. Library Director Miriam Hansen and the Library Board hosted an open house to showcase the enlarged building that now provided 14,400 square feet and included a lower level. From 1972 through 1976, the library maintained a branch on Fifth Street.

Twenty years after the last referendum, 77% of the voters passed a $6.95 million bond referendum to build a new library facility for West Des Moines. The West Des Moines Library Friends Foundation launched the Resource for Renewal campaign with a goal of $1.5 million for the expansion of the collection, enhancement of services, and updating of technology in the new library.

The new 51,000 square foot facility was completed in the spring of 1996 and the library opened on April 29, 1996. The library occupied about two-thirds of the building; the remaining space was used by City offices until a new City Hall was built in 2003. As of the Grand Opening, in June of 1996, the library contained 80,000 volumes–in 62 years, the collection had grown almost two hundred times! With a capacity of 220,000 volumes, the new facility was expected to serve the community for up to twenty years. By March of 2004, the library already contained over 162,000 items, including books, audio and visual media, public computing stations, and more.

In 2003, City government offices moved out when the current city hall was finished.  The Library moved into that space, moving collections and adding a new Teen-dedicated area, as well as much-desired study and meeting rooms. 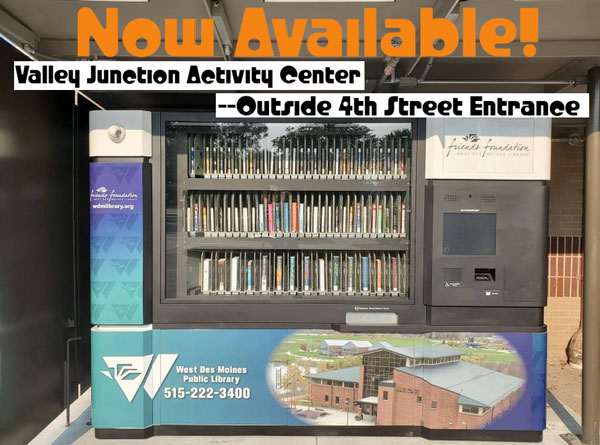 In 2020, with a gift of almost $100,000 from the West Des Moines Public Library friends Foundation, a 24-Hour self-service kiosk was installed in Valley Junction outside the Fourth Street entrance of the Valley Junction Activity Center. The kiosk allows patrons with library cards to select, check out and return library materials after hours or on days when the library is closed. The installation of the kiosk in summer 2020 marked the first direct, on-site library service to Valley Junction since the closing of the Fifth Street Branch in 1975.

When city offices moved to a new facility in 2003, library walls were removed or painted and new carpet laid. Since then, the library did not undergo any major cosmetic reworking.

In 2019, the Library Board of Trustees, the Friends Foundation Board and the City of West Des Moines agreed on extensive renovations to the interior of the library, to being in Fall of 2019.  Renovations were to take roughly 20-22 months and would include the following changes:

Covid-19 lockdowns hit in March of 2020, causing the library to close to the public for both health precautions and renovation safety on and off in 2020-2021.  Nonetheless, all of the list above - and more! - was accomplished by our hardworking staff and our design and construction partners.  Renovations were completed, on schedule, in April of 2021.  A Reopening Celebration was held in June of 2021.

For more details on how the renovation proceeded, check out this HIstory of the Recent Renovation

The Future of the West Des Moines Library

You can also read the current Library Strategic Plan for an overview of the Library’s current goals.