Review: From a Whisper to a Rallying Cry: The Killing of Vincent Chin and the Trial that Galvanized the Asian American Movement by Paula Yoo 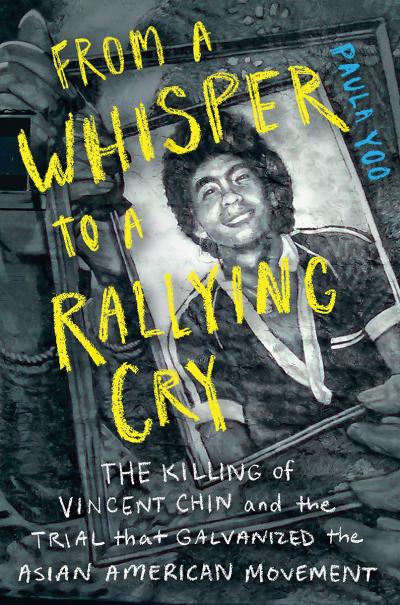 Review written by Claire, a Teen Advisory Board Member

Vincent Chin was a Chinese-American waiter in 1982’s Detroit Chinatown who was to be married in a week when he was murdered the night of his bachelor party by two white men- Michael Nitz and Ronald Ebens- who blamed Asian-Americans for their unemployment. During the 1980’s, Japanese cars were competing with American models that both men worked to produce- as did many in Detroit, causing an environment of anti-Asian sentiment and discrimination. Seeing Vincent and his friends at a club, Nitz and Ebens’ racial slurs toward Vincent spurred a bar fight that escalated into later hunting Vincent down with a baseball bat and killing him. With the legal system failing to put either man behind bars, Vincent’s friends and family rallied together and protested- ultimately gaining enough support to convict Ebens of violating Vincent’s civil rights.

Yoo’s book conveys the emotions of everyone involved in Vincent’s story with such care and understanding that this book is more than just the facts. Consisting primarily of interviews and reflections by witnesses, loved ones, and lawyers, it also delves into deep backstories of each person and helps their stories be heard in addition to Vincent’s. This forms a more complete picture of the events than one would be able to find in a news article. With an understanding of each element and person that built up to the events in the book, the reader is able to feel just how powerful Vincent’s story was and still is.

That being said, Yoo does an exceptional job detailing the facts- each and every detail of Vincent’s story is included, along with a timeline of events at the end of the book that adds to the reader’s understanding. But, while being informative, it maintains its emotional invocation and fascinating method of storytelling. Overall, the book is an astounding example of emotion intersecting with truth.

Also included in the book is a story in the present that intersects past recollections, about the son of the woman Vincent was supposed to marry, and how he reconciled  Vincent’s story with his own life after discovering his mother’s past. Another recent story is of the author herself told in the afterword. Here, she details the hate Asian Americans have felt during the Coronavirus pandemic and her own experiences. Because of these recent narratives, Yoo seamlessly connects history to the present in such a manner that I would recommend this book to absolutely anyone interested in learning more about history or even a bigger picture of the present.

View this book in our catalog.